(This photo is not my Apartment building)

I was just hangout out last night late night when I heard some noises above.  Like very loud noises…like someone was throwing furniture out the window top noises.  Then I could hear people yelling in Chinese very loud.  This was 1:00AM and my area is pretty quiet.  I looked out the window and saw a cloud of black smoke.  I grabbed my computer, wallet, and cell phone and threw them in a bag.  Then I dress in my pants, put on my shoes and grabbed a t-shirt.  I ran out the door. 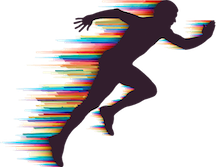 Adrenalin was pumped through my body very quickly, as you can imagine.  I hit the stairs and kept going.  When I got to the 16 floor (I’m on the 20th) I could smell smoke.  I kept going and made it out.  I was a little freaked out.  When I got out I could see the flames raising from the window of one of the apartments.  People were outside in there pajamas.  I went to the convince store to buy a beer.  I haven’t drank anything in over a year but I really needed something to take the edge off.  I grabbed a Budweiser and walked back out into the night.  I noticed there was never any fire alarm.  The fire men arrived finally.

The said there was no water in the buildings water tanks to put out the fire.  I met another American guy that lives in the building.  We chatted over beers.  Time went on.  He bought more beers.  We talked about China and living in Asia.  I told hime a little about living in Japan and my time there.  We traded stories about living in Asia.  Despite the fire I actually had fun chatting with him.  I hope to hang with the him and his girlfriend again soon.  Sometimes you meet people during the oddest times!