I was in Tokyo for about 5 months and I was staying at a hostel in Asakusa.  The place had little cubicles that we stayed in and the rent was cheap.  Like super cheap. 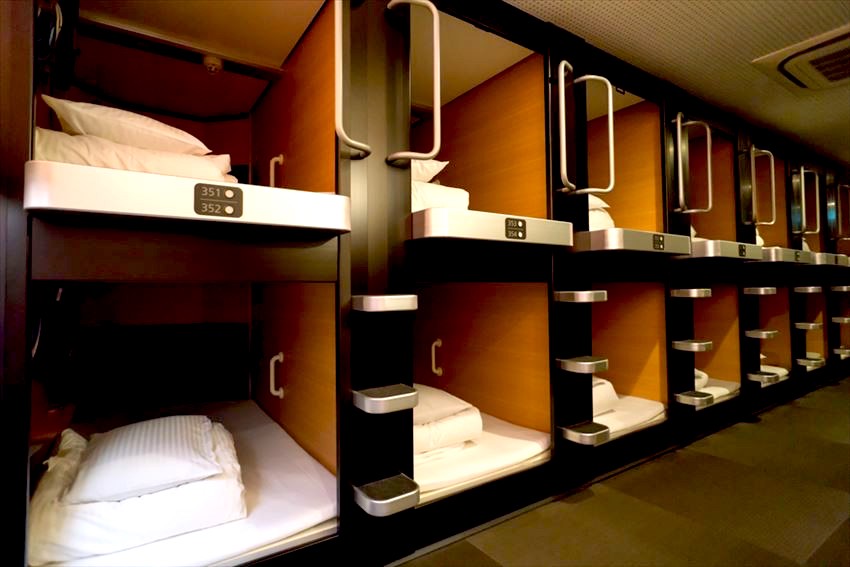 It wasn’t so bad until the heat hit.  Then I couldn’t do it anymore.  So I was looking for a new place to live.  It was hard.  My company refused to help me in any way, form or fashion.

I met Riku (not his real name) through a friend.  He was an older Japanese guy. Around late 50s or 60 years old.  I met up with him to talk about the apartment he had over his own place and the possibility of renting it.  He seemed friendly enough. He looked like an older salary man, even in his shorts and T-shirt.  The sun was hot when I met him in Shinjuku West.  He greeted me and we were on our way to his place.  We walked through a park and a maze of alley ways and streets.  He knew his way around very well.  Finally we arrived and we went upstairs to look at the place.  The place was a decent size but very dirty, like embarrassingly dirty.  The kitchen looked like it hadn’t been cleaned in years, dust everywhere, junk and clothes laid all over the place.  It was a nightmare but cheap and I took it.  He explained I couldn’t stay long and I would need to find a new place to stay by next February. I figured I could clean it and make it look decent.  I was half right.

We went down to his place to chat.  His place was borderline unliveable. He was a hoarder and seemed to keep almost everything.  There was barely any room to sit down.  He had old clothes, beer cans, CDs, shoes, dishes, classes, tea pots, you name it.  I tried to over look the mess as we talked. He liked music and we talked about the Beach Boys and The Rolling Stones.  He certainly had a very diverse taste.  He had The Grateful Dead, Nirvana, Miles Davis, Brian Eno, The Velvet Underground… I left and moved in a few days later.

After I moved in I began to clean the place.  I asked him to clean the fridge and he agreed.  I also asked him to take out some of the useless junk.  He did.  It took some time.  Hours but it was alright.  Nothing special but liveable.

Riku seemed to be unemployed or retired.  During the week, Riku would come up to my room.  He would be completely wasted by 6:00PM.  The guy could drink.  I didn’t like hanging with drunk people.

I usually told him I was busy.

Sometimes I would go get a coffee with him or breakfast.  There was a Denny’s nearby and sometimes we would go there.  I didn’t like his personality so much even when he was sober.

One night he wanted to go out to Shinjuku and get some drinks.  I said ok.  We went out and he took me to some cheap hostess club.  Clubs where girls gave Japanese salary men attention and served them drinks.  We walked in… The walls looked like they were painted with black paint thirty years ago.  The place looked so run down.  There was an old guy singing Karaoke at the bar drinking a beer and some young bar girls.  One was half Japanese.  They looked young but then again everyone looked young to me.  They were nice though and greeted us.  We got a beer and sat and talked.  Riku liked to embellish the truth some times and it hard to say what was true and not true.  He was a bullshitter and he had been doing it for so long I think he believed his own stories.  Things just didn’t add up sometimes.  We went to another bar but it was closed so we went to a very small Izikiya.  The bar only had three seats but it was full. We went to an outdoor bar.  We got some beers.  While I drank I noticed a guy going into a door. It looked like a mini garage door.  He unlocked the door and went in then he came out.  Then another guy came and unlocked the door and shut it behind him.   This happen about two more times.  “What the heck is in that place?” I thought.  I really wanted to know.

It was one of those weird things that happens that’s probably nothing but still weird. 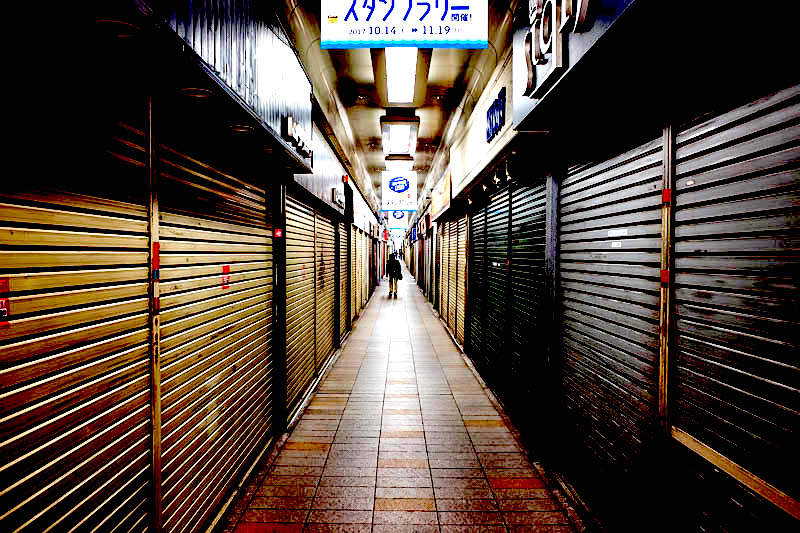 We talked more and had a few more beers but I wasn’t going to say out to long so we headed to another hostess club.  This place was upscale and you had to pay to get in.  We went in.  There were Japanese salary men there and the women gave them attention.  They talked to us as well and were good at faking that they liked us.  Riku made a very rude comment about the women that worked there. It didn’t make me happy with what he said and I couldn’t hide my expression.  Riku kept drinking and I ordered a soda.  He was getting drunk and he made some comments to the staff in Japanese.  Finally the doorman had had enough and asked us to leave, Riku put up a fight and started yelling at the door man,  I said let’s go to Riku.  Finally, we left.

Months went by, Riku was always drinking.  The guy was a serious alcoholic and din’t seem to have anyone in his life.  I felt bad for the guy.

I would see him roaming the neighbourhood sometimes with a beer in his hand.  I couldn’t understand why he didn’t have a job or a hobby of some kind.

October came around and I started looking for a new place to stay. Riku had sold the house and was moving out in February.  He gave me some phone numbers of agents to help me find a place but it was no use.  No one would rent to a foreigner.  I grew tired of looking for and apartment.  January rolled around and I came home to find Riku had moved early.  Which left me with no choice but to find a place soon. I was praying to find a place to live.  At worst I could go back to the hostel.  Somehow I found a place the next day and moved in.