Recently, I moved apartments.  I moved closer into the city, so it’s a lot better.  I do pay a little more in rent though.  It’s worth it.  I live in a decent sized city in China. Before, I was living on the outskirts.  No 7-11, No Starbucks, nothing.

When I moved in my place was decent but of course was filthy.  It looked as though someone had tried to leave the place a mess.  It would would take a few hours but afterwards it would look a lot better.

It reminded me of all the cities I had lived in, LA, Seoul, Beijing, Tokyo and Bangkok, just to name a few.  The best place was Tokyo.

And man, let me tell you it’s insanely clean in Tokyo.  The garbage trucks are even spotless.  They take a lot of pride in their city.

LA was not so clean, very dirty in some areas. Let me tell you half of LA’s problems are because the city is dirty.   If they could figure a way to get it clean a lot would change there.

Taiwan was clean as well.  And I was out with friends one night and one guy was drinking beer.  After he finished his drink he threw the can on the ground.  Immediately my friend, who was Taiwanese picked up the can and put in the garbage.

I get busy, my house gets messy, I’m human.  However,  when I make an effort to keep things organised the day seems a little better. 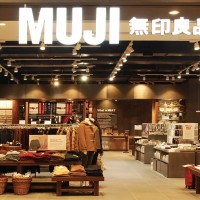