Yesterday morning I woke up went down to the common area of my hostel and made some instant coffee.  The TV is always on.  I watched a little Japanese news and did my best to understand what they were saying.  There were a bunch of old Japanese guys in the common area eating breakfast and chatting.  I actually managed to get into the conversation. I could barely understand but I did my best to chat in Japanese.

I went out to run some errands in the afternoon.  I’m staying in Asakusa. I walked down the street and the sun was out it was a little cold but not to bad.  I past the temple and saw the tourists and locals.  Some people were on bicycles, or walking their dogs or going to get coffee.  Asakusa is a nice looking area.  It’s busy in certain areas but overall quiet.  There’s a nice walk way along the river and scenic bridges that cross the to the other side.  It’s ideal for walking.  It’s sounds nuts but walking is one of my favourite things to do in Japan.

While out walking, I saw some old folks.  They looked so content.  I thought about retirement.

“How am I going to be able to retire?”  I don’t have a lot saved.  Even If I found a way to retire, what the heck would I do with myself?  Since, I’ve had so much free time lately, I’ve asked myself this question.  I’m pretty happy with just reading, doing some writing, going to the gym and yoga but still… I never really thought about what I would do if I could retire until now.  My grandfather and grandmother retired relatively early around late 50s, they did lots of traveling.  My father is still working part time and my mother worked until she was 70.  My step-father worked until pretty recently.  I try to keep a relatively healthy lifestyle.  I go to gym and don’t drink very often.  Of course the older I get the more I think about retirement and what the heck I’m going to do with myself. 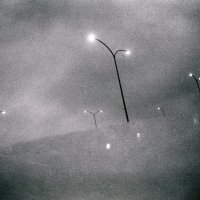