Recently, vaping has been in the news a lot.

The dangers of vaping “STOP VAPING NOW”, are the headlines, people are dying of vaping! ect.

Hmmmm…. I’m always suspect of emotional news articles like this, the suddenness of them is a good indication of their highly charged emotion, and when the general public starts to immediately comment, people that don’t vape and don’t study vaping and its effects.

Those deaths were vaping vitamin E, not nicotine. And it was black market product.

I’d like to mention another major killer, it called alcohol, and it kills more people than all drugs combined.   The effects of alcohol withdralw can be worse than heroin.  But nobody ever mentions it in the news.  It’s hilarious!

Now compare vaping to regular smoking, if everyone went to vaping lifespan’s would be saved.  Cigarettes are harmful because of real smoke, vaping is heated nothing is burned, so there is no actual smoke inhaled. 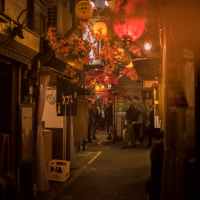